5 Reasons to use Paper Prototypes in UX

Paper prototypes are an excellent and cheap tool to get feedback on early designs, but they are not as popular as other UX techniques. Whilst they are not suitable for every stage of a project or a substitute of higher fidelity prototypes, creating prototypes using only paper, scissors and a few colouring utensils and testing them with potential users can be extremely practical. Microsoft recommends this method for designing design applications for Windows and research institutions like the MIT have used it for demonstrating early mobile application designs. 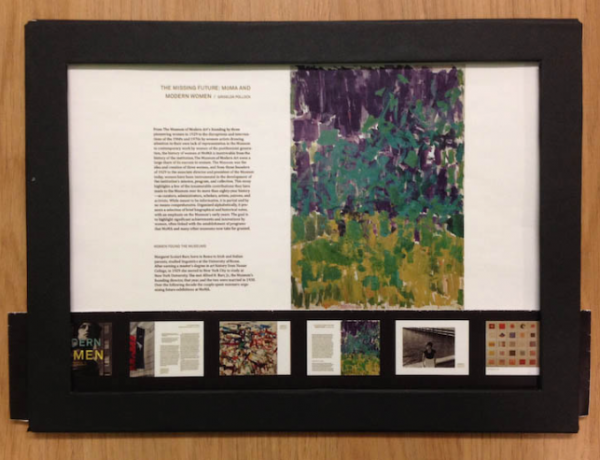 Here are 5 reasons why it’s worth considering using paper prototypes:


1. They are useful to test initial ideas early and quickly

Getting user data as early as possible can be decisive to the user experience, says Jakob Nielsen. Testing initial ideas or using an early design as a probe during an interview can be excellent tools to get user data at the beginning of a project. For instance, Mozilla recently used paper prototypes to test different iterations of their help page, creating as many as 7 versions over two weeks. Although later on in the project they tested HTML designs, the researchers acknowledged that the low-fidelity versions were enough to answer many early design questions. Axure and other prototyping software tools are quick, but paper prototypes can be sketched, thrown away and drawn again in minutes. They are also cheap and designers don’t need to rely on specific software.


2. Design is not constrained by the characteristics of existing devices

How would you test a preliminary design for an unusually large museum touchscreen? Tablets differ greatly from larger displays leading to a very different UX. You wouldn’t want to spend time coding something that may not work. Paper prototypes are ideal when designing for less popular devices, devices that haven’t been released yet or simply when you don’t have the hardware at hand. When a device is available, they are perfect to test an overall design concept without restricting yourself to the size or interactions of the existing gadget, therefore facilitating greater creativity.


3. Focus on the important things

The unfinished look of a paper prototype is an advantage: it’s obvious that it is not an actual website, so the feedback will tend to be more about the concept, rather than superfluous elements. Sometimes users pay too much attention to the visual design, copy or images. These elements only become relevant in later stages. At the start of a project, it’s more helpful to strip out distracting content to explore expectations, workflow, labelling and functionalities.

That said, and despite low fidelity prototypes being the norm, depending on the project it may be appropriate to incorporate a higher level of fidelity. For instance, if during the requirements gathering phase it becomes evident that the user group greatly values the quality of images or layout. It all depends on the specific project.


4. They can be quickly modified, even during a session

Paper prototypes can be quickly modified in between sessions if it becomes evident something doesn’t work. They can even be iterated on with the participant. This could lead to obtain more accurate insights from users. For instance, a participant may explain during a testing session that she would expect to see a top menu present at all times in a mobile app. Instead of just taking her word for it, a researcher could encourage the participant to draw the menu and include it on the prototype for the rest of the session. Imagining a feature and seeing it taking valuable screen space are two different things, and the participant might change her mind after further interacting with the prototype.


5. They make collaborative design easier and they are fun

Paper prototypes have a playful quality that can help foster creativity. Paper, scissors and colouring materials can be excellent tools to support collaborative design. Users will have expectations on how a system should work, and although they are not designers –and they shouldn’t replace a designer-, drawing helps communicate ideas better. Like when sketching, artistic merit is not important, content is.

Despite being easy and quick to put together, paper prototypes pose an interesting challenge for facilitators, who will need to explain the context clearly, play the role of a computer supplying screens and dialogs and intervene to answer doubts. They are however ideal to get valuable insights on initial design ideas without spending much and without relying on existing devices. And more importantly, they can be as fun to test as they are to create.

Prototyping is a really valuable user research technique that ensures that your digital products are usable and deliver user experience excellence. Delivering exceptional UX is has been shown to be a significant commercial differentiator enabling our clients to combat commoditisation, find out more about the value that delivers in 'The value of strategic UX'.

If you would like to speak to us about how we can help you with your UX research then please do not hesitate to give us a call 44 (0) 117 929 7333 or submit this short form. in the meantime take a look at our UX research services.