10 Tips For How to design for apps

Ellis Reed is our resident mobile expert. As an accomplished UX and UI designer, he has a zealous interest in all things app-shaped. He can most commonly be found on the cutting edge of mobile tech researching ways to make our mobile projects the best they can be, and previously he’s worked on mobile UX and UI for Maersk, Transport for London, Prudential, AutoCar, Unite Students, and lots more.

Ellis recently delivered a webinar discussing his 10 Top Tips for App Design. We’d recommend you listen to the whole thing for in-depth insights, but if you’re short on time, we’ve rounded up the key takeaways for you. Read on to become an app expert - just like Ellis.

Your navigation is how your app users find their way around the app, so it’s critical we get it right or they can end up lost and frustrated.

There are a few ways of laying out your navigation inside your app, but Ellis recommends that you always plump for the standard tabs or menus your OS suggests. Apple, for example, have optimised tabs that should work for most apps. This means that when a new update comes in, they will be updated automatically. Custom navigation, on the other hand, will need to be updated manually, wasting your time and money. 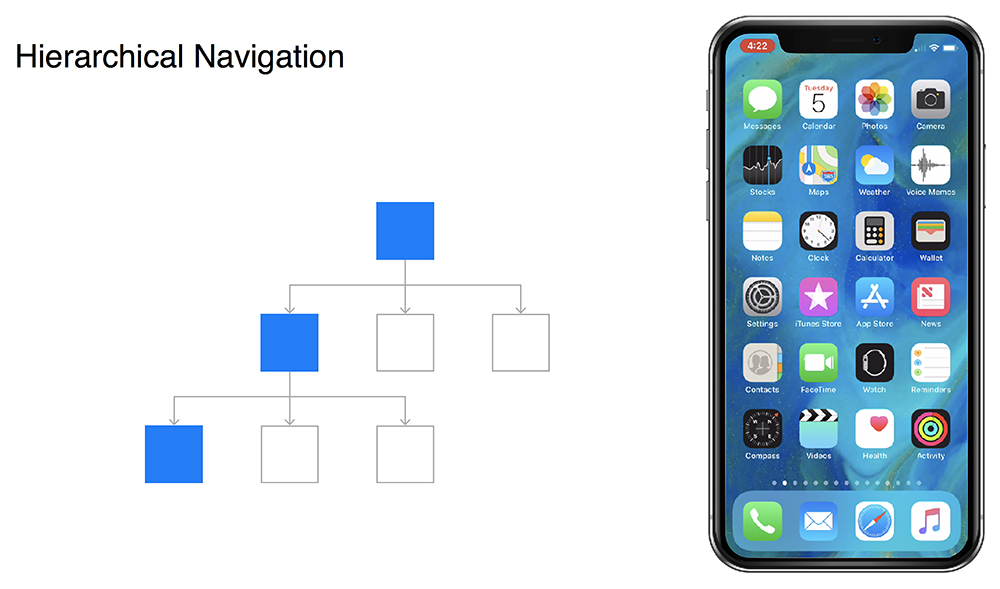 Most apps will use a flat hierarchy. This is the one where there’s a top-level navigation, then headings underneath, then each heading has its own hierarchy beneath it. However, if your app is for social networking, it may follow a content-driven navigation. For example, in the Facebook app, you may receive a notification that lands you on a very different page. In either case, think hard about which navigation works best for your app.

Modal views are also worth thinking about if there are lots of potential pathways involved in your app. Modal views are temporary screens that can pop in and out, making it easy to flip between screens without too much confusion. Then you can dismiss them and return to the main navigation.

2) Should your app be sticky or slippy?

Slippy UX is the idea that users should be able to complete a task very quickly and spend as little time as possible within an app. Slippy UX is typically used in task-based apps, like reminder or to-do apps, personal banking, weather and calendar. In comparison, sticky UX aims to keep the user within the app for as long as possible. This is typically used in consuming based apps like social networks, video, news, blogs, and writing tools.

Once you’ve identified this, you can make better decisions for your app’s UX.

3) Optimise your colours and streamline your branding

Both iOS and Android guidelines require designers to implement brand colours in a way that doesn’t introduce mass amounts colours. Ellis suggests that you can a primary and secondary brand colour to indicate what is interactive within your app. For example, Twitter’s trademark bright blue is used on buttons throughout the app to show you where you can interact with it.

Generally, it’s bad practice and also against Apple interface guidelines to place your logo in your apps UI. Your logo should not be a prominent feature in your apps UI as this can take up unnecessary space as well as potentially indicating functionality to users. The logo or the app icon should be used in app splash screen and shouldn’t need to be displayed past that as the user knows what app they have decided to open.

Understanding how synaesthesia works can be the difference between building a good and a great app.

Synaesthesia is “a sensation produced in one modality when a stimulus is applied to another modality, as when the hearing of a certain sound induces the visualisation of a certain colour." The idea behind this is that users can be subconsciously persuaded to feel a certain way based on the colours, pictures, sounds and vibrations your app can make. 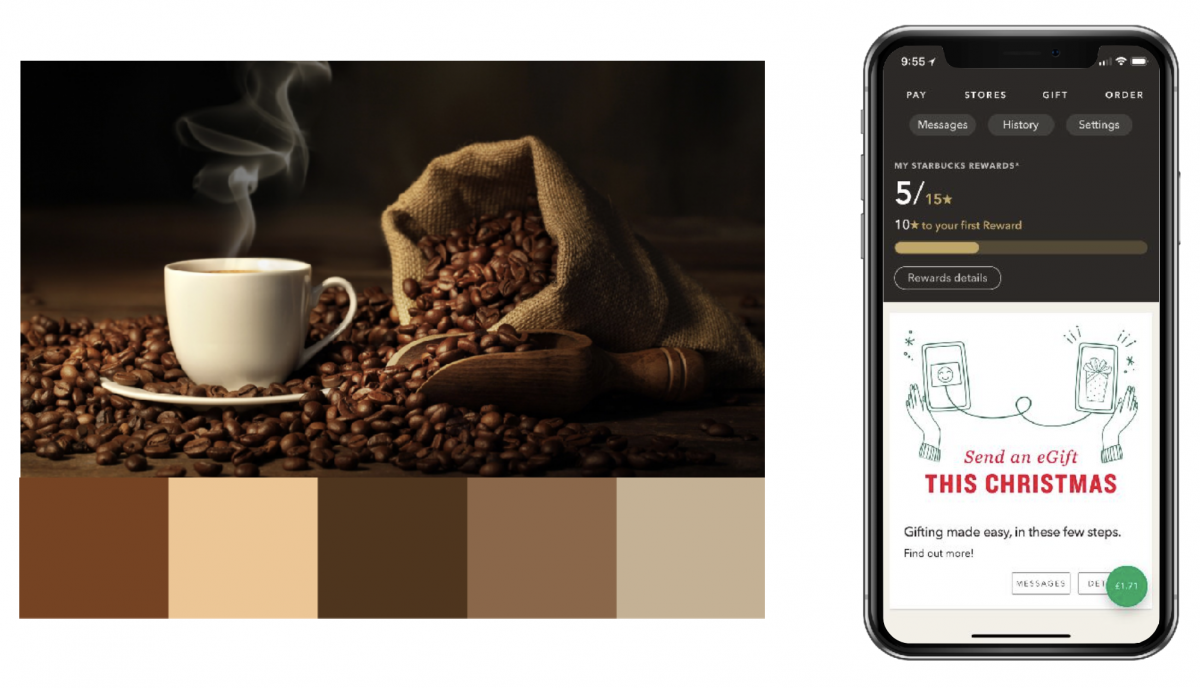 When you are working across operating systems – say, Apple’s and Android’s – it’s important to remember that they will both look different. It’s bad practice to design in one and then just port it over to the other. This can lead to messy, confusing menus and tabs.

6) Think outside the app

When you’re designing your app, it’s also worth considering other real estate it could live in. Widgets are a great way of occupying more useful space. They lend themselves to slippy apps, and enable you to access some of the features of the app without needing to fully open it. Smartwatches are another – think about the whole ecosystem your app operates in.

7) Think really far outside the app

Would incorporating functionality for a voice assistant be useful for your users? JustEat, BMW and Roomba are all companies switched on to the increasing prevalence of this kind of tech.

8) AI and machine learning can help your users

When Apple released their core machine learning network, they introduced image recognition to iOS.  Elsewhere, Citymapper can now integrate with your OS, and suggest routes while you’re on the move without a prompt from you. You can also integrate your car with your phone, meaning you’ll never have to remember where it’s parked again. These solutions could help with a host of accessibility problems.

Investigations into push notifications have shown there are the greatest number of engagements (or opens) are seen at 6pm, thanks to the commute home from the 9-5. However, this might not be the right time to send an alert – users would prefer to know when a product is back in stock ASAP, for example. 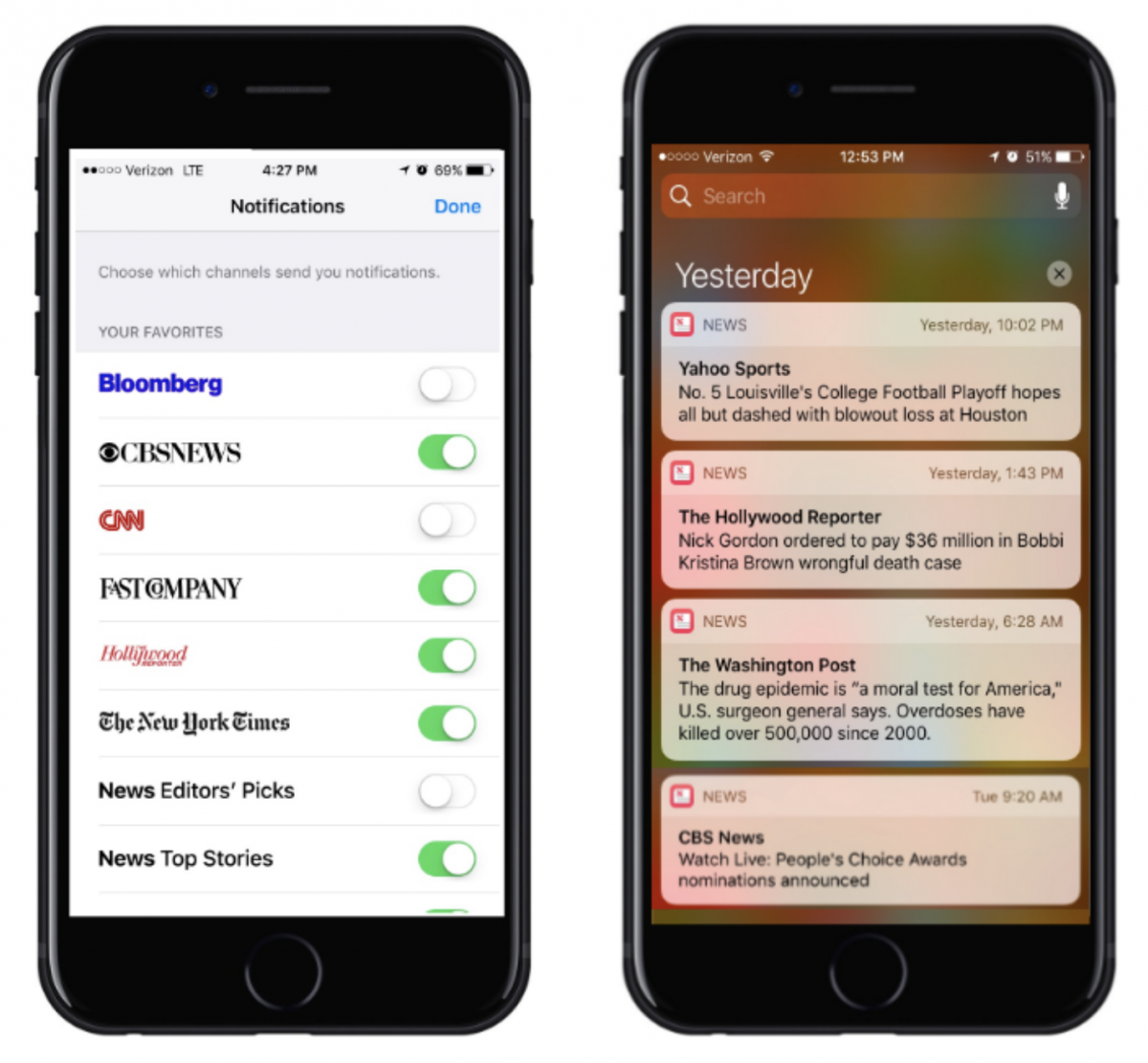 Every alert you show your user should be of value to them and be easy to understand. You can even personalise your message with their name, location, saved items and contextual references.

Sometimes you may have to ask your user for permissions in your app – to use the camera, or to access the contacts, for example. In these instances, it’s important to ask and educate the user before or during the interaction, so they know what they’re committing to.

For app ratings in Apple, there is now a rule in place that dictates that you can only ask for a rating three times a year, so always prompt your user to do so at a positive moment to present yourself in the best possible light.