A few thoughts on psychology & UX

‘So how does a psychology graduate end up in web design?’

This is a question I’ve been asked many times by friends and family since I joined Nomensa as a user experience consultant six months ago. I joined as a fresh faced graduate, straight from an undergraduate psychology degree with excitement but not a huge amount of knowledge of the industry I now found myself working in. Many of my graduate peers are pursuing careers more directly understood as psychology – clinical work, educational psychology, etc., and it took a little while for me to convince even myself of how intrinsically linked psychology and UX design are.

User experience design was not something I had considered throughout my studies, in reality it wasn’t something I knew existed until fairly recently. What I did know was that my strengths lay in the social side of psychology, how people interacted with each other and their social surroundings. My studies had involved research into attention, perception and courses in memory, globalisation and social communication. I’d also always had an interest in design and more generally a creative style of thinking and working, so set about looking for areas that might combine these passions.

I came across the field of UX purely by chance, through looking at creative, analytical, people-focused industries, but it was an area that instantly appealed. Despite never having directly studied for the role, the more I learnt about UX, the more I discovered how relevant my existing skills were. The way I progressed with my understanding of the area was simply to read all I could lay my hands on!

My dissertation research looked at attention and control, specifically studying the effects of being presented with distracting items on screen at the same time as trying to complete a computer categorisation task. We explored how being shown items on screen that were either the same as the item in focus (congruent) or different (incongruent) affected how quickly and effectively participants could categorise the central item. We also looked at how this varied if the participant was consciously aware of the distracting items, or if they were presented so briefly that the participant was not aware they had been shown anything.

How a participant’s ability to complete their intended task is affected by other stimuli is clearly a topic that relates to UX easily; however I believe there are plenty of skills that the average psychology student has which makes them valuable when practising UX. 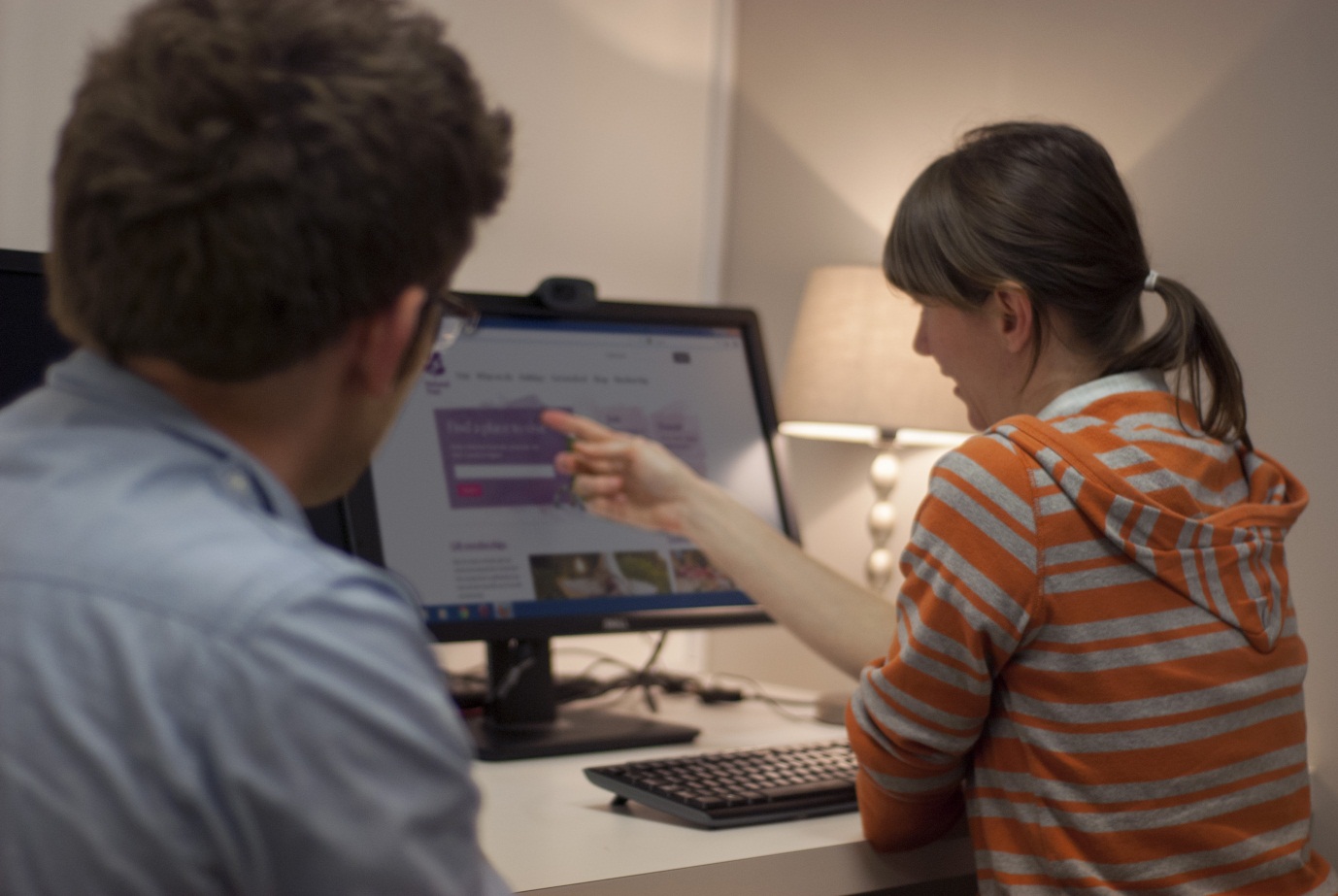 These basic skills provide a great starting point regardless of specific theories or principles. Of course, there are plenty of more specific areas of psychology that directly relate – social influence, persuasion, learning behaviours, memory, decision making, etc. What we do is more than just making a website look good, giving your user an enjoyable experience is at the core of building social relationships and emotional engagement.

It is this ability to look at the bigger picture which I think makes a psychologist a great addition to a UX team. Psychologists generally are encouraged to take a holistic approach towards understanding any behaviour, exploring the possibilities from many viewpoints and attributing to a range of factors. As a result, they are highly suited to the multidisciplinary area of UX, which combines analytic and creative skills in an exciting and fast-paced environment. It's certainly a career in an exciting field that I'd recommend to any psychology graduate with an interest in the digital world.