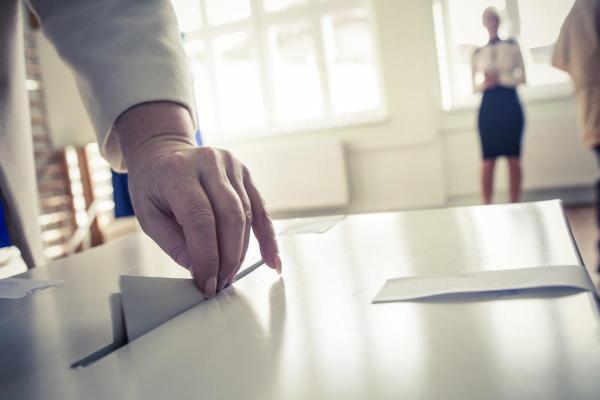 In principle, democratic voting should be one of the simplest processes in the world. Everyone chooses what they want, and everyone’s opinion is counted. The most popular vote wins.

Yet like all things, complexity announces itself and sets us some problems.

With the UK general election upon us, let us reflect on how democratic voting is actually designed, and how it could be refined in the future.

Two weeks ago the digital campfire that is #UXDiscuss focussed on the UX of voting.

This article presents just 10 ways the design of voting and elections affects results.

(Note: It does not consider the design of the parties themselves, for example campaign design, propaganda, media coverage, what politicians wear and how they speak etc. This is an entirely separate topic and another alarmingly powerful one)

Design of the system

First of all, context. The UK system is actually fairly hard to understand; much too convoluted for a blog article. However, we can appreciate ways in which the nature of the system could influence voting.

The system of voting within a constituency, which represents seats and contributes to the overall result, has certain effects on voters. Whether or not it is recommended, the fact is that people do vote tactically – because it is a rational thing to do. People will essentially judge the influence of their vote in practical terms, in the context of their particular constituency.

#2 The party system and choice

Ironically there are too many fascinating studies about choice to choose from, but my favourite theme is that of justifying a decision – we prefer easier choices which are simple to justify (to ourselves or others). The design of the party system means that we are faced with multiple comparisons, between parties whose opinions on a number of policy issues are varying distances apart. The exact distances can have huge effects on voting choice. Simply put, smaller distances are harder to choose between or justify afterwards, and larger distances are easier.

There is a ban on official campaigning on election day. This probably helps more people to think clearly about their vote, and reduces other design effects. However, you can never eradicate last-minute influence…

Design of the tools

Surely the design of the details does not carry any weight compared with the thorough process of listening to campaigns, reading manifestos and careful individual reflection, right? Wrong.

The influence of order over choice has been proven time and again in all manner of experiments. Psychologists in the U.S. lobbied for a randomisation of ordering for this exact reason.

The UK ballot slip has rows a few inches in height, each with the candidate name and party logo, and a large square box. How would a different layout influence voting choice or errors (and counting errors)?

Aside from a candidate’s name, generally this is the only thing visible for each party at the actual moment of voting. The significance of logo design and its potential influence on last-minute decisions needs no explanation.

I have only ever seen opaque boxes – but many around the globe are transparent. Does this give off different impressions about the privacy of your vote?

Touching on digital for a second (there is more later) various tools have been designed to help people decide; one of which is here. Without picking on this tool particularly, one can see how designers could swing voters simply by choosing certain questions with certain parameters – within the guise of a seemingly impartial and objective medium.

Design of the measurement

Measurement is crucial to the design of the system and the behaviour patterns which emerge.

Having one vote per person on the surface seems completely fair. But not all systems restrict voters to just one each. Some ask voters to rank all the options, or pick a top 3. We can see some value in multiple votes: Let’s say two parties are tied, but one received a lot of second place votes, and the other received many last place votes. This system would help decide the result. However the complications arising from this are difficult to evaluate. It opens many new doors of tactical voting – which muddies the overall picture. It could also make the process seem more complex and put some voters off – or more likely lead to many voters choosing their 1st candidate carefully, and ranking the rest more arbitrarily (making the ‘design of the tools’ effects even more significant).

This process is also far from perfect – how can you ensure no errors are made when counting? With the nation waiting on tenterhooks for a result, there are any number of things that could go wrong. With 30 million votes, anything that can go wrong probably will go wrong. Recounts are often performed by machine – a testament to the unfortunate inevitability of human error.

Design of the medium – can digital help?

It seems inevitable that we will move to digital voting as a standard at some point in the future and while it won’t replace the current means overnight, it can add another channel to help reach and engage more people. Activists in Argentina recently trialled ‘Democracy OS’ with encouraging results. There are obvious barriers of privacy and security to overcome, but the principle of the thing is a worthy one, for the simple reason that we can figure out how to take advantage of the medium to reduce some of the above effects. And if we don’t know how best to do that quite yet, that is all the more reason to start prototyping a new kind of voting service.

(Spoken like a true politician) we may not have all the answers yet, but we are on the right track.