UX Design is not a Desk Job

Aled, one of our Senior UX Consultants recently spent a day riding in an ambulance as part of a UK-wide service design project. Here are his thoughts on that experience…

I stopped noticing the siren after a while. It felt quiet inside the ambulance, despite all the noise. The guys I was shadowing, ‘Tommy’ and ‘Simon’ sat in silence in the driver’s cabin, focusing hard on the road ahead as the traffic parted to let us through. I sat in the back, next to an empty stretcher. I shifted my weight in a rigid, fold-down seat, trying to get comfortable as I was swung around at every sharp turn. There was no window in the back - just a small hole at the front where I could see some of the ceiling of the driver’s cabin. I felt a bit sick.

The call had come through on the radio a few minutes earlier. The mother of an 18-year-old boy had dialled 999 after her son complained of breathlessness and chest pains. Tommy told me later that emergency response call operators listen for keywords to help them prioritise the hundreds of calls that come through each day. ‘Chest pain’ could be a cardiac problem, and anything heart-related is treated as a high priority, so the blue light and siren go on.

It’s usually not a cardiac problem though. I heard about the time Tommy arrived at the flat of a Chinese student experiencing pains in his chest. After being examined, the kid told Tommy he’d been up late the night before doing press-ups. The pain in his chest was just the fallout from a vigorous, late-night workout. It sounded comical at first, but I imagined how scared that kid might have felt - so far from home and perhaps living on his own for the first time. No parents or guardians to look after him. I think it’d be easy to overreact and call an ambulance in a situation like that.

The thing with ambulance services is that they can’t take chances. Call operators have to quickly evaluate each caller’s needs and assign them a priority rating. If they make a mistake, the results can be fatal. To complicate things, not all callers have a genuine medical emergency (as I’d learn later that day). Even if a call comes from a known timewaster, it can’t be ignored in case it’s the one time that person really does need help - the boy who cried wolf. 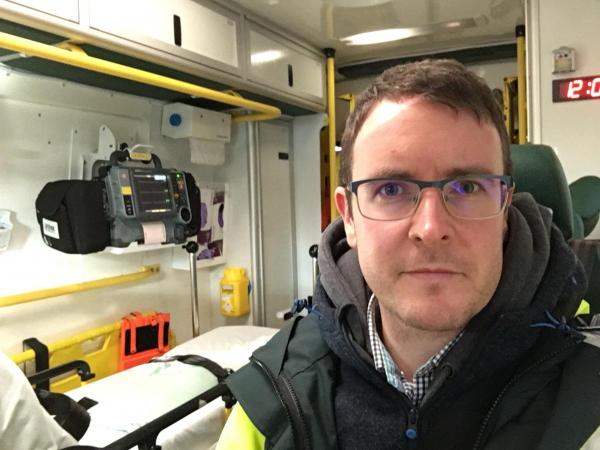 After fifteen minutes we arrived at the boy’s house. I got out of the ambulance, thankful to the ground for being so still, just like stepping off an aeroplane after a turbulent flight. I was wearing a high-vis jacket with ’Observer’ printed on the back and arms in bold, black letters. I felt nervous, like I did on the first day of my first job. I didn’t know how to behave - this situation was new and strange. I made an exaggerated effort to stay out of Tommy’s way as he walked into the house. Simon stayed outside with me and we talked about his work. “You’re not from Dispatches are you?” he joked.

Tommy eventually came out of the house, pushing the boy in a wheelchair. The kid seemed OK. He was wearing a dressing gown and slippers, a Sony PSP in his lap, headphones dangling from one ear. I remember thinking it was probably a good sign that he’d had time to prepare for the trip he was about to take.

I watched as Tommy checked him over in the back of the ambulance, writing up his notes on an A3 Patient Report Form. Ambulance staff need to be rigorous with their paperwork. They have to create a watertight audit trail that can stand up to scrutiny in a coroner’s court if need be. These forms capture the story of each incident and have to be completed for each patient. This also helps jog their memories as they often won’t remember who they saw the previous day, let alone a few months ago.

Simon told me how they’d once been accused of accidentally breaking a woman’s wrist while treating her. She’d been drunk and had probably fallen after being dropped off at home by the ambulance. The Patient Report Form from that day showed no record of the broken wrist, so the court claim was dismissed.

The boy we’d picked up seemed OK. He was quiet, but this could easily have been down to teenage moodiness rather than any physical symptoms he was experiencing. We started driving to the nearest hospital so he could get checked over thoroughly. I sat up front this time and spoke to Simon who was driving. They took turns driving to callouts. Whoever rides shotgun for the outward journey will be the one examining and treating the patient on arrival, and they’ll swap roles for the next callout. This way they get less fatigued. Driving an ambulance is stressful and tiring.

We arrived at the hospital a while later. After parking next to a fleet of other ambulances we walked into the building through the emergency entrance. Doctors and nurses bustled around ambulance technicians, paramedics, and their patients, who all stood or sat still, waiting. Next to us, a woman on a stretcher was sobbing in pain. I think she’d broken her hip.

We waited in the hospital until the nurse in charge of admissions was available to accept our patient. This waiting can take over an hour when the hospital’s busy. During this time the ambulance staff must wait with the patient until the official handover. It’s about making sure that each patient is always in someone’s care.

In the meantime, I chatted to the other ambulance drivers, technicians, and paramedics about their work. Whereas earlier I was worried about staying out of people’s way, now I felt much more confident about my place in this scenario. Each of the dozen or so ambulance staff I met that day were incredibly open, friendly, and more than happy to chat to me about their work. I felt humbled by the work they did, and privileged that they were so willing to spend time teaching me about it.

Eventually the head nurse became available, and Tommy briefed her about our patient. She signed the Patient Report Form and took a copy for her records, and we left our passenger in the hospital’s care.

Outside we had just enough time to grab a coffee and a snack at the hospital cafe before the next call came through on the radio. Modern ambulances have an all-in-one system that handles incoming calls and GPS mapping / routing. I was on an older ambulance, so we relied on a CB-style radio and Google Maps running on Simon’s phone to get us to the next patient. I hopped in the back and we set off to the next patient. 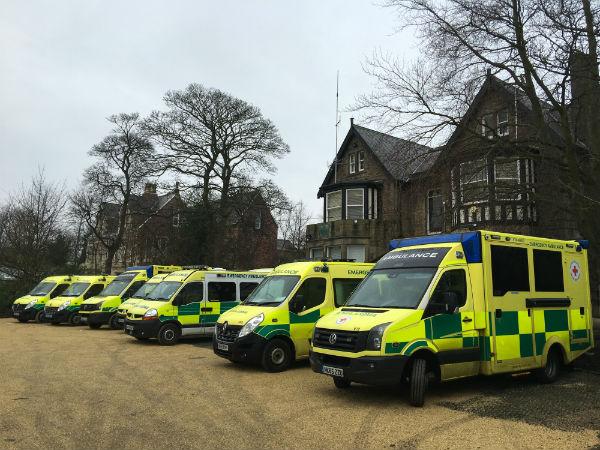 The rest of the day

Including the boy with the chest pains, we helped five people that day. Thankfully none of the instances were fatal, or even particularly serious.

One young man had been hit by a car while walking in a car park. He was lucky and came away with nothing more than a few scrapes and bruises. We took him to the hospital anyway to be safe.

One woman appeared to have lied about concussion symptoms so that she could complain to us about her broken boiler. She was in a dispute with her landlord over fixing it, so called an ambulance and tried to log a complaint with us. Tommy checked her over anyway. He told me that sadly, timewasters like this are far too common.

I returned to the depot after five hours - when Tommy and Simon were given their first break of the day. I left for my train after expressing my gratitude, giddy and overwhelmed by all that I’d seen that day.

What’s this got to do with UX?

My favourite thing about working at a busy UX agency is that I often get unique opportunities to peek into other people’s worlds - worlds that I’d never get to see in my day-to-day life.

From learning about a person’s behaviours and habits to attending a meeting at a huge company’s head office, I often get a behind-the-scenes look at people, places and cultures that most people never get to see. For this I feel privileged. It means I’m constantly learning how other people think and do things, learning more about human beings in general. I wouldn’t trade it for anything.

For me, UX Design is not a desk job. Sometimes it can take you to amazing places.